Still trying to get this online marketing research done because next week, I’m only writing, baby. That’s right, I won’t be answering phones or Instant messages — not that I do. I never remembered to turn it back on with this new computer. Oops. Email me if you think I’ve been ignoring you.

So, I bought some blog ads. Will see how they do. I also designed a lot more items for The Write Snark’s cafe press store and Twisted Fanatics. (Yes, I’m nuts — as if I don’t have tons of stuff to do already.) There are fifteen new designs alone in The Write Snark : CafePress.com . A lot of these are headless. For instance…

Do not open the door to this office…No matter what you hear.

Writer’s don’t make good cooks. Do you smell something burning?

If I stare at you, it’s not because you look good. It’s because you just helped me figure out how to off my villain.

Had to add at least one head, ya know. This one says, Need Coffee. Have Deadline. Must Write.

There are more, but I won’t bore you to death. Different sayings or heads go on different styles of shirts, coffee mugs, notebooks, etc..

Today, I’m listening to six different CDs– gotta love shuffle. I only have one complaint. Why do some bands put long and I mean long-assed silences in the middle of a song or at the end of a CD? It really messes with the shuffle flow. Grrr.
So, today’s Mix:

psymbience_HQ — Yeah, so it’s my brother’s band. They’re good. Really. Just listen to a few tunes for yourself. Bobby, my brother, is the drummer. The entire second song Psymbiology can be heard here. psymbience_IS_audio

Look at the lyrics:
Psymbiology

Turn as the earth and moon, turn
Circling what they need each other

Medium is long and has dark parts, funky parts and just plain freaking cool parts. You can also hear clips at www.myspace.com/psymbience and also at CDBaby.

anousheh.com Anousheh Khalili
Way different than psymbience, but I haven’t had the CD long so like a couple of others, it went in today to get a serious listen. I really think this woman is going somewhere. I was a big fan of this independent group called Estella’s Muse. Alas, they broke up and now both artists have released solo work.

This is the other half of what was once Estella’s Muse. Jessica L. Fentonpurevolume™ jessicalfenton . You can listen to songs at this site. This is an independent release, but she has a unique style and I like it very much!

I’m also listening to Sarah Fimm, Anathema and the Amber light — blogged about all of them in one post before here. The Write Snark: It’s All About the Music Today!

Oh, and I’m looking to buy this CD. 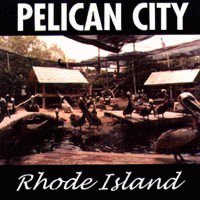 CD Baby: PELICAN CITY: Rhode Island – hear and buy it at CD BABY. Listen to Sesame Street. Slow, provocative… sounds like it might be the perfect writing music. If anyone has it, let me know what you think?

0 thoughts on “I’ve Been a Busy Girl”