Not so long ago, I posted this strange picture and asked the readers here to come up with a plot, story, line… whatever. Just to let the pic inspire. 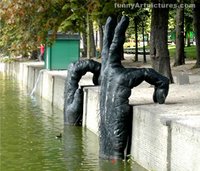 I’m going to gather them up here for easy reading along with a link to that reader’s blog. I have another writing challenge for you guys at the end…

From Kelli McBride Kelli Blogs
Here’s the last line of the story:

And as the ancient mythic Hippie slipped into the icy oblivion of the water, he flashed the peace sign one last time.

From X-Dell: The X Spot

Jacob Blackhand bathed twice a week in a modest-sized cement tub. But one day, after lying down on his back and letting the warm, soapy water bury his chest and face, Jake emerged to find that the rest of world had shrunk.Worst yet, he was no longer in his white-tile and porcelain bathroom. Somebody had demolished his house. Instead of the cozy privacy of his privy, he was now in the middle of what seemed to be a park.

He climbed out of the tub, before he realized he didn’t have anything on. Wouldn’t you know, one of the city’s finest arrested him for public indecency. Fortunately, the cops didn’t have a jail cell large enough to keep him, so they gave him a $75 summons, and sent him on his way. They found a few canvas tents and a parachute in storage, and these sufficed for clothes.

Jake viewed the tent and the chute as temporary attire only. But many of the trendier sort dug the look. Soon canvas and silk became the rage.

Knowing an opportunity when it reared its head, Jake opened up a haberdashery specializing in just this sort of haberdash. He found an article on a blog called the 23rd-Mandalation written by someone named Rinda Elliot about tall women, and found himself a wife (who secretly confessed to being a distemperate Nordic goddess in a previous incarnation).They lived happily ever after–or, at least, reasonably so.

From Laura Mad Below My Feet

After spending the entire morning working on the script for his new film, Kong For Prez, Kong decided to head over to the Hudson for a little swim. He hung lazily from the embankment, dreaming of his lovely Jane. As he moved to pull himself out, he caught sight of a fetching young orangutan. He had never seen such beauty before. That firey red hair, that magical smile… But wait. No. He was with Jane…

From Betty: Dishin’ the Dirt with my Friends

It should have been a simple baptism. Dunk. Say a few proper words. Come up for air. When Harry emerged, the chorus of the faithful had vanished. Was this Heaven? he wondered. But as he looked around he began to suspect something had gone terribly awry.

Joseph is taking a tour of his new neighborhood. He is being assisted by a ditzy teenage woman, Bianca, who just sold her deceased parents house to Joseph.“This the park. Duh! [Ditzy laugh]. Do you have any kids??”…asked Bianca.

“Umm. No. Said Joseph. But I like the pond. I could get some good inspiration for some new material here.”

“Uh. Yeah. Sure. Whatever. Anyways, People like to come here and…”

Joseph lost his train of thought as he looked back over at the pond. A pair of hulking, dark, hands emerged from the water. A giant creature unlike anything he had ever seen pulled itself out of the water, and stood for a second. No one had seemed to notice. Almost as if it happened regularly…

“Umm. HELLO?! Mr. Inspiration! Right here! I am trying to tell you about the raddest malls we got around here!”…Bianca rudly cut in.

“What…What the hell is that??”

“Oh. You don’t recognize her?”

Joseph shakes his head as the crature walks away.

“Oh come on! What are you, a communist or something?!”…Bianca announces.

Joseph looked at her awkwardly. Knowing that her comment made no sense whatsoever.

“Star Jones, DUH! She lives around here and likes to swim in that cesspool of a pond. Gawd. You are sheltered…”

Joseph was put at ease.

From Me:
“Were you high?”Willy shook his head.

Willy bit his lip, lifting his hands palm up. “No, nothing like that.”

Mark looked for something, anything, to suggest this small, skinny and pale man harnessed power like this. There was nothing. Willy was a man people passed on the street. A blender.

Which until now, made him the perfect re-animator.

Too bad. Willy’s life was about to explode into more chaos than his absentminded personality could handle. “What are you going to do?”

Mark rolled his eyes. He grabbed the other man by the shoulders and shook him. “Snap out of it! Find a place in your brain that works faster than a slug and think! You raising a handful of human zombies last night was one thing… but f*cking King Kong?”

So, here’s another intriguing photo. Go with that first gut instinct or let it simmer a little while… Have fun!! I can’t wait for all these creative minds to let loose. 🙂 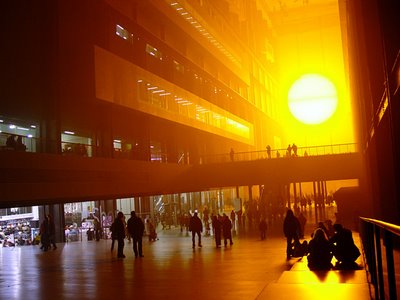