As you know, back to school activities have my head spinning right now. I’ve also been to/had three big friends or family gatherings since Friday. So, after receiving yet another rejection and stumbling upon yet another icky review of some published work, I decided to take a short break from Internet Land. I probably should have jumped on here with a quick notice.

Will Return When Skin Thickens.

Don’t worry, it usually takes me a day or so to get over these things. Having a lot of my work circulating usually helps. I have got to get cracking on that one! I normally have so many ideas, I can’t get them down fast enough, but my thoughts seem to be swimming through chowder right now

I took a break and have been working on catching up housework, finishing school supply/clothes shopping and sleeping. Seriously. I’m a night owl and I’ve been to bed before ten the last three nights. This is highly unusual for me. But… I think it’s because I actually did curtains.

This is a big deal for me. I’m not much into decorating. I once lived in a house eight years and only put up bedroom curtains that entire time. I usually rely on nice, wooden shades, but this house is different. I’ve been working on its décor—okay, slowly – but more so than before. I plan to stay here since I like the house and the area so much. But, I’m not a frilly curtain kind of person, so finding just the right ones that look lean and elegant take time. (Time I usually don’t like to give up because of writing.)

But, back to my point. Curtains are hard work! One of the windows is eight feet wide and nearly as tall, so I was ironing panels and scarves For. Ev. Er. Then it was up and down a ladder. Up and down. I went up and down those metal steps so often and uh… I did it barefoot.

Tip. Not a good idea.

My feet were a mess the next day and I had to hobble all around my daughter’s highschool. It probably didn’t help that I played hours of water basketball two days before that. Did you know that every muscle is used for that sport? Especially when we’re allowed to wrestle, dunk and actually fight over that ball? Man, it’s vicious fun, though.

So, tomorrow is the first day of school and since I’ve caught up just about everything, I will be able to jump back into my regular writing schedule. I wrote a list of goals including polishing up and submitting my short fiction as well as writing at LEAST a chapter a week on the current book length. I’ve mentioned my neglect of other shared blog duties and I must remedy that situation. I also have a bunch of book length manuscripts I’ve agreed to read and feel horribly guilty at getting so behind on them—so those of you waiting, it won’t be long now. 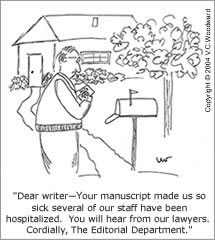 The thing about a thick skin is true. I do need to work on that, but I don’t take the rejections nearly as hard as I used to. Some I expect and they don’t hit badly. Some I agree with completely. Some are more disappointing than others. I received one this week that yes, I understood but this time, I didn’t totally agree with him. He felt the serious tone of the story didn’t go with the silly premise.

Okay, okay, the premise did start out as a kind of joke and I took it someplace serious… but I still like the story and will send it out again. It’s just SUCH an odd story and my market research is a bit behind as well. I’ll need to order a few sample magazines to get a feel for markets that take dark sci-fi based on a strange premise. Tall order?

But, the best thing about bad reviews and rejections is that they may get me down, but it’s only temporary.

Then … then they fire me up to do better the next time. The reviews especially make me want to get work out there that does shine—even if it’s just to show the reviewers that I can. Shine, that is.

Here’s a fun article on thick skin Mary DeMuth on Writing: On Spikes and Thick Skin

And here is something er, strange, that came up with the google search… thickskin

Uncategorized
Scene From a Pic—– NEARLY TANKED!
Let’s All Be Amazon Alien Beauties!