We have one more compilation to write featuring Ian and Hollis, the men in Devour.

Our most recent release on June 20, 2017 is unbreakable Stories: Rowe. This compilation features Rowe and Noah and though it’s listed as book 3.5, most of the stories actually take place after Devour. The timeline was too tight to have them between like usual. But don’t worry if you haven’t read Devour yet–we were very careful about any mentions of Ian and Hollis. 😉 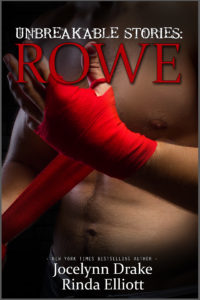 This collection is more than 30,000 words long and contain stories such as:
Piece of Pie
Mistletoe
Haunted
Gotcha
And many more…