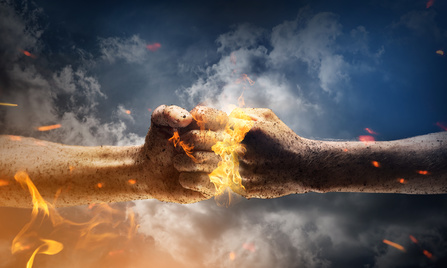 This is a mirrored post because somehow, this post on pirating got hacked and seemed to be helping people pirate. So, I’m copying and pasting to see if it happens again. 🙁

Big, honest and very personal share today. I’m not fond of preachy posts, but I’m breaking my own rule in writing this. (It’s not all preachy—some is just the heartache.)

I may end up pulling the five books I have in KU. I’m angry about it. I don’t make much in page reads in there, but it’s a little more than I make in sales. I’ve only sold 25 copies of all those books I bought covers for last month, if that tells you anything. But that’s the gamble we all take when we put out books. I’m certainly not complaining about that. And I’m not sharing to garner more sales. Trust me. We all want to see our books soar in there, but the reality is often quite different. And really, mine haven’t been in long at all. 😉

But knowing assholes are out there uploading books illegally into iTunes and making money off authors just kills me. None of mine have been uploaded illegally, but it’s happening to good friends and that hurts me. My heart broke for one good friend yesterday.

This hurts all authors. When we put our books into KU, we are promising not to sell them elsewhere. Amazon is tough. The company bans authors and let’s face it–they’ve monopolized the business and that is where we make our living. They don’t know those are illegally uploaded books up for sale on what is supposed to be a legitimate outlet.

This iTunes thing? It’s hard not to let it discourage. I’m trying to remind myself there will always be people who scam the system to steal from others. There have been and always will be bad people. The thing is, I feel like everyone who downloads or shares books, music or movies is stealing and hurting others. I certainly can’t afford to buy every book I want, but I will never just blow off the person who put in the talent and time to bring it into the world. For one thing, I know the heartache that can go on behind the scenes.

Before I started working on the Unbreakable Bond series with Jocelynn, I was ready to quit. I’d grown tired of the fight. Publishers taking months and sometimes over a year to respond to submissions. I was tired of experiences like having several (One time it was SIX!) publishers coming forward to say they loved my work–one even said she’d fight for it–then all slowly backing down. (Granted, I was in the midst of a personal hell with the crash of 2008–so that was a particularly rough time.) I was tired of putting so much hope into the “next” book and hurtling into disappointment. I was tired of things like losing a book deal because I refused to lie about where I’d ‘physically’ been.

There’s more, but I was really tired of the piracy, too.

I watched people gleefully sharing books, music and movies–not giving a crap about the people who worked so hard to create those things. And when I tried to explain to people why it’s wrong, I heard all kinds of things, got plenty of eye rolls. Heard the most ridiculous justifications. Years ago, a couple at a party was arguing with me about book piracy. The woman told me it was one way the average guy can ‘Stick it to the man’. Uh no, ‘the man (publishing company)’ just finds ways to make money elsewhere. The author who sweated to create that work is the one getting er, sticked.

One year, I thought I’d caught a break. The very trilogy that had interested the six publishers and made me carry my house phone on me at all times for a freaking year, got picked up. A new program was starting at Harlequin Teen–ebooks only. Though it had been a couple of years, the editor hadn’t forgotten the stories and she really wanted them. She felt they could work for the new line. I would be one of the launch authors. This is that dream “CALL” that every author hopes for. I can’t even begin to explain how excited my husband and I were. I’d finished my first book in my early twenties and here I was, finally getting some hope at forty. And my family had been through hell. We were ready for something good to happen.

Harlequin wanted to put out all three books within three months of each other. I’d only written the first one. But I took the contract.

The truth is, I made myself ill making those hard deadlines along with revisions and edits because I’d already had two full contracted books due that same year. But, I did it.

Then, weeks before the first book in the trilogy’s release, FORETOLD went up on Netgalley. One (or more) of the reviewers who’d signed up for it, loaded it into a lot of pirate sites. A lot. It was everywhere. I watched my book being downloaded for free by so many—before it was even out for sale. I watched readers thanking those that uploaded the book for free and I was raged out of one site (I want to say which one, but they don’t need the promo. Grr.) when I publicly asked for my books to be taken down. I was told they had the right to have my books for free. In the midst of all this, Harper bought Harlequin and that new line just unfortunately, petered out. That trilogy tanked so hard, it put me into the hole.

It was too much. I was done. Burned out. And well, fighting a depression that changed me completely—but that’s a different story I’m not ready to share.

Now, I’m certainly not the only author who has gone through such a rough time. This isn’t a unique story. And even when some find success, there is no guarantee that success will stick around. We are always fighting to make it work, though. Because we love the work. It’s a part of who we are. And I for one, am happy there are so many authors fighting this battle because I was first, and always will be, a reader. Being able to disappear into fiction got me through those years of hell.

With the Unbreakable Bonds, I am happy I took another chance. I feel I’m a better writer than I used to be. A part of that is probably all that heartbreak, but it’s also because I am writing something I’ve always wanted to write—and honestly didn’t have the nerve to do for a long time. (If you knew my extended family, you’d understand.) But I wanted it. I was just so damn scared to try yet again.

Jocelynn and Rachel Vincent are very convincing and they both love me a lot and didn’t want to see me quit. So I let Jocelynn lure me back in (With Snow. <g>) and I took one more chance. I don’t know if our love for the books came through better or what, but we picked up readers.

It took me twenty years and we had to go outside of a publishing company to put out books the way we wanted to write them, but it’s starting to work enough that I am going to keep going and keep fighting to do this. I have so many stories to still tell! Will every book I write keep readers with me? Probably not—not every book hits buttons. But I’ve got my mojo back and I’m going to try.

By now, though, you must be wondering, “What’s the fucking point here?” LOL

Jocelynn and I are often asked about putting our books into KU and it’s been under serious discussion. Not new books, but the one completed series, maybe. I don’t know if we should now and that’s a shame because there are a lot of readers in the program. Hell, I’m in the program. For $9.99 a month, this voracious reader can check out lots of new authors and yeah, she still buys the books if she loves them.

But if companies like Apple aren’t going to do something about people scamming the system, what’s the point? I used to pay more money than I earned to two different companies that fight online piracy. The only way it worked was if I checked, too, then reported the ones I found that they had missed. Being faced with that daily negativity was too much and I finally had to just back off from it. The people who are going to steal books, are just going to steal books. That’s the way it is and it took me a long time to just accept I have no power over that. But this is something different. Not only is someone profiting off piracy—which really isn’t new either—but that deal authors make with Amazon to be exclusive causes the real problem. They can get their books pulled, get banned.

Authors can lose their livelihood. I don’t believe the people doing this will care, but I’m hoping Apple steps up. Or Amazon. They stand to lose a lot if authors start pulling out of KU after all.