Official Release Date and Blurb-Blood of an Ancient 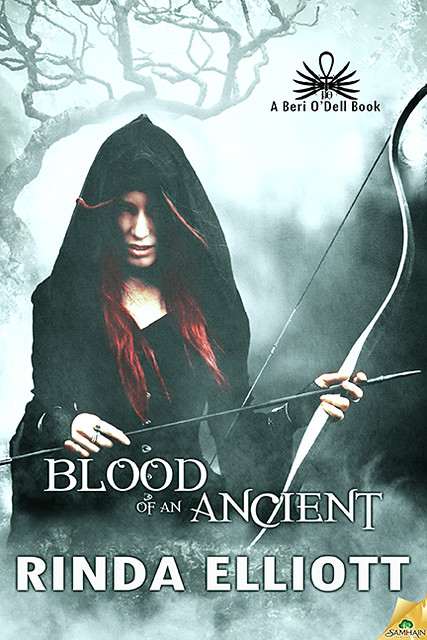 The official release date of Blood of an Ancient is October 22, 2013! And here is all the other official information on the book I can now share. 🙂

Saving the love of her life could mean letting her inner darkness out to play.

Beri O’Dell is on a mission. She has to rip back into a hell dimension fast, but needs two things first—the blood of an ancient and a fix for her friend Blythe’s magic, which careened out of control after the battle with the Dweller.

Finding ancient blood isn’t easy when the old ones are rare and unwilling to donate. She needs to find Blythe’s former mentor…except the woman has lost her mind and joined a traveling band of singing witches.

That’s not the only magical monkey on her back. Nikolos is imprisoned, and after a screwed-up spell lets her witness the horror that has become his life, her fear for him grows by the day. Now there’s another problem—a powerful being unleashed during the battle with the Dweller likes her gluttonous new existence, and will kill anyone who threatens it.

But Beri has a few tricks up her costumed sleeve, even if it means mining the darkness of her soul to set everything right…and get Nikolos back in her arms.